Have you thought about keeping corals, but just needed some basic information to get you going? Given the proper environment, most hobbyists find that some corals are actually much easier to keep than fish. Corals can be classified into four categories.

Soft Coral are generally the easiest variety of coral for beginner hobbyist to keep. Mushrooms, Zoanthid Polyps, Leathers and Star Polyps make excellent first corals. Most can be maintained under Standard Fluorescent and Power Compact lighting. Although not ideal, most soft corals can tolerate nitrate levels up to 50ppm. Soft corals are known for their fleshy skin and if the coral dies it would leave no skeleton behind. Most hobbyists find that soft corals grow rapidly and add some extra movement in the tank. 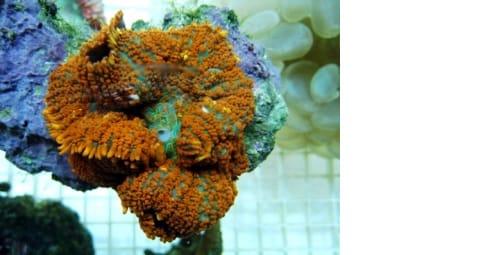 LPS Coral, also known as Large Polyp Stony or Large Polyp Scleractinia Corals, are the next level of coral keeping and are less tolerant of nitrates above 30ppm. Most also require more intense lighting, like Power Compact, T5 or Metal Halide. Beginner LPS coral include Frogspawns, Hammers, Torches and Brains. For the beginner coral keeper it can be hard to differentiate soft corals from LPS corals. Although both have fleshy tissue, when LPS corals die they leave behind a stony skeleton. Of the four varieties of corals, LPS are generally the slowest growing, but are desired for their waving polyps and interesting color varieties. 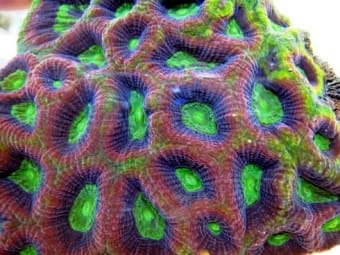 SPS Coral are also known as Small Polyp Stony or Small Polyp Scleractinia Corals and are considered the most difficult corals to maintain. SPS corals are not tolerant of nitrates above 10ppm and require more intense lighting like T5 or Metal Halide. Most aquarists struggle to maintain coral colors under Power Compact and VHO lighting. SPS Corals also prefer stronger water movement than LPS and Soft Corals. Hobbyists planning to keep SPS Corals will also need to add Calcium and Alkalinity Supplements to maintain ideal levels. Small Polyp Stony Corals are easy to identify because most look like “Tree Branches.” If you look closely, SPS Corals contain a variety of small polyps all along the skeleton. Popular SPS corals include Acropora and Montipora. Most novice hobbyists find these corals unappealing at first because they provide little or no movement in the water column, but they make up for it in their wide array of bright colors and growth patterns. SPS Corals do not make good starter corals and more research should be done if you plan to keep SPS Corals, as this article is only a general overview of the different coral types. 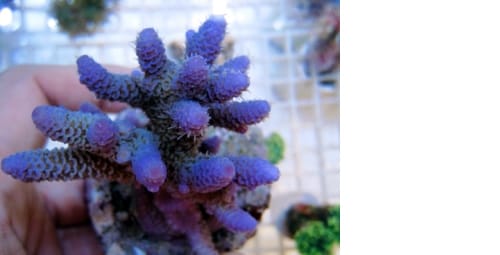 The fourth type is Non-Photosynthetic Corals and Gorgonians. This particular classification includes Carnations (soft coral), Sun Coral (LPS coral), Firecracker Coral (LPS coral), Gorgonians and Sea Fans. Most hobbyists find all but the Sun and Firecracker Coral particularly challenging, as they require feeding to maintain life. Carnations and Sea Fans should only be attempted by expert hobbyists as they require routine feedings of phytoplankton, zooplankton, Cyclop-eeze and other micro fauna. Other corals that should be avoided by beginner hobbyists are Flower Pot (LPS) and Elegance (LPS) as they have dismal survival rates in captivity and require an established aquarium for the best chance of survival.

Most hobbyists will be rewarded by keeping soft and LPS Corals as they provide a variety of colors, shapes and movement. These corals are generally easy to keep in comparison to SPS Corals, which require more intense lighting, calcium and alkalinity supplements and systems low in nitrate. Beginner hobbyists should remember to avoid Carnations, Gorgonians, Flower Pots and Elegance Corals as they are extremely difficult to maintain.